Hamish is an accomplished writer, having won awards including the David Watt Prize for economic and political journalism in 2005 and Business and Finance Journalist of the Year in 2006.

He is an active economic commentator and columnist for renowned media publications.

Hamish is the author of the acclaimed work on the future; The World in 2020: Power, Culture and Prosperity, and of What Works – Success in Stressful Times, which was long-listed for the Business Book of the Year at the FT/Goldman Sachs Awards in New York in 2010. See Books to find out more.

Hamish is the principal economic commentator for The Independent online, and a columnist for the London Evening Standard and Daily Mail. 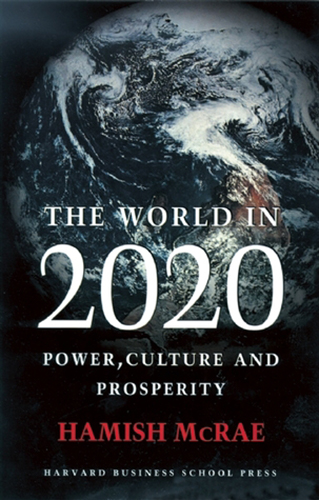 In The World in 2020, acclaimed commentator and best-selling author Hamish McRae paints a vivid competitive landscape in which culture and values will be the new sources of advantage for the industrialized nations. In the year 2020, all having embraced market capitalism, the North American, European and East Asian countries will be engaged in fierce economic competition. With each nation increasingly able to imitate the others, innovations will cross borders within more days and weeks, removing technological prowess as a source of sustained advantage.

McRae sees the “old motors for growth”—land, capital and natural resources—being replaced by more qualitative assets—quality, organization, motivation and self-discipline of the people. Everywhere, governments will take a less active role in the social and economic life of the nation.

In such a world, the best predictor of success will be how a nation strikes a proper balance between creativity and intellect on the one hand, and social responsibility on the other. Thus the leading world economic powers of the next generation are just as likely to include China and Australia as the United States and Japan.

Using examples ranging from Ikea to the slums of Mumbai, leading economics expert Hamish McRae studies which businesses, organisations and initiatives have what it takes to succeed, and what it is that distinguishes them in an increasingly competitive global marketplace. Calling on years of experience as an award-winning financial journalist and international public speaker, Hamish brings a fresh perspective to the question of success, differentiating the few ‘big ideas’ that have transformed the marketplace from passing trends and over-hyped blind alleys.

Through an extraordinary range of case studies and an authoritative grasp of his material, Hamish demonstrates that although there is no surefire recipe for success, there are several key ingredients – such as sense of mission and market sensitivity – which ambitious readers can apply to their own business practices. This is a book of very real successes rather than overblown ideologies, What Works ultimately offers the general reader the chance to learn from some of the grandest economic successes and unexpected failures in the world today, through a series of imaginative, unusual and insightful examples. 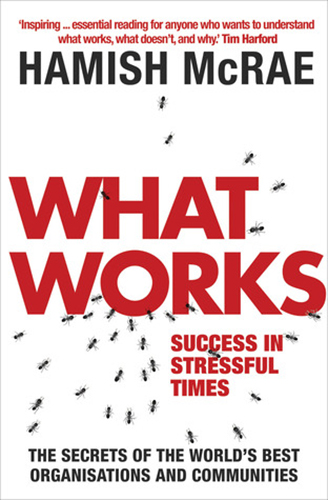